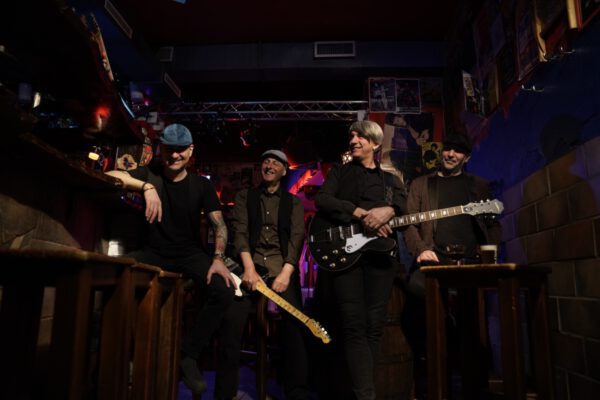 This is a band that knows how to entertain. Audience members have described THE DAMN DOGS as “excellent musicianship combined with entertaining showpersonship,” “rock-blues music with catchy lyrics that make people of all ages want to sing along,” “high energy with a feel-good vibe,” and “lots good-natured fun.”

These four fantastic musicians exude a love of music and it is not unusual for THE DAMN DOGS to ride sudden waves of improvisation on original tracks or covers.

THE DAMN DOGS were formed when like-minded musicians kept meeting in Milan's temple of blues music, the Nidaba Theater, and decided to combine their passion for blues and thirty years of experience in live music. They put together their name from a passion for dogs and the sense of marginalisation that such a name evokes.

Over the past decade, they have performed at many clubs, pubs and festivals with a variety of blues artists from all over the world.

The band is about to embark on their first tour, which is expected to hit several European cities, to promote their self-titled debut album THE DAMN DOGS.