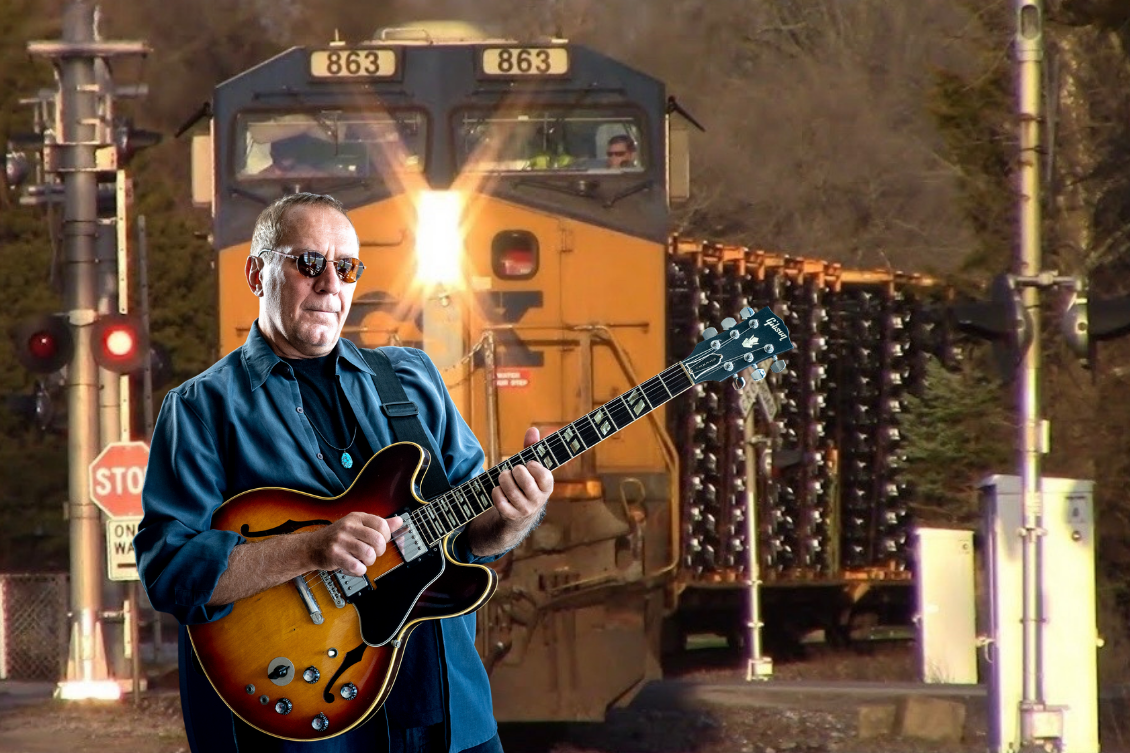 With 80 million copies sold of the popular video game Halo, players worldwide were introduced to the spectacular blues rock fusion guitar work of Harry Hmura who was featured on the game’s original soundtrack. The soundtrack was released in all digital formats in 2010 and over a million copies were sold worldwide. Raised on the southside of Chicago and growing up on the local blues circuit, he has played with many blues legends learning his craft, toured nationally with  both James Cotton in the 70’s and internationally with Sugar Blue in the 80’s and again in 2013. He recorded multiple albums with keyboardist Brian Culbertson and in 2001 released his first solo effort Passion. In 2006 he released more of his high flying guitar work on his second solo record Face To The Sun. These releases were followed by the sessions for a 3rd and 4th editions of the Halo game soundtracks. His next solo release in 2014 was I Am I Am, a personal project helping support great ape sanctuaries around the world, which included actual vocalizations of apes. When Sugar Blue came calling in 2016 Harry answered and recorded Voyage and toured with Sugar to support the record. In 2020 he released All I Need a guitar exploration of blues based songs taken to new places on the back of some incendiary guitar work. From humble Chicago beginnings to sharing the stage with Muddy Waters, Buddy Guy, Junior Wells, Johnny Winter, Elvin Bishop, Dickey Betts, Jeff Healey, Buddy Miles, Pinetop Perkins and Bob Geldof while playing in Belgium, France, Holland, Italy, Spain, Swizterland, Ecuador and throughout North America. He has reached a worldwide audience playing at famous Jazz festivals including Montreux, Madrid, North Sea Hague, Montreal Jazz & Blues and the Chicago Blues Festival. Harry has done commercial recording sessions for multiple TV, cable and radio networks for major companies like McDonalds, Bayer, Kraft, Coors, Turtle Wax, Procter & Gamble, Oprah, James Corden and the Chicago White Sox, even playing the national anthem before a Chicago White Sox game. Harry has taken his blues-based beginnings and forged a style and identity of his own. An expert technician of the guitar his solos reach into the song and then take off into the stratosphere with a flourish of intricate, lyrical, watery notes cascading in and around the theme of the song. In covering the songs of other artists, he fully imprints his style and makes that song his very own.

Harry’s upcoming album, GOING HOME, is slated to release in March, 2023. This follows up his last album, ALL I NEED released in the same month of March 2020 just prior to the worldwide storm of the Covid pandemic. The albums fresh all original compositions echo some of the struggles, nevertheless expressing the desire in moving on. New fresh lyrics, emotional electric guitars, story telling blues acoustic and delta style Dobro slide guitars are a part of the new album with hints of his past performances with all the legendary guitarists and artists.