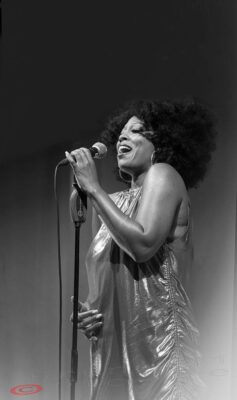 A Native of Little Rock, Arkansas, Lakeetra Knowles is an American singer with a fresh and diverse sound. As a southern woman whose background stems from Arkansas, Dallas and Louisiana, she  attributes her Soulful  and diverse style to her upbringing in Church, but also to the Theater, where she also grew up. Not only did she grow up under the guidance of  pastors (her grandfather and uncle), which included learning the gospel and attending weekly baptismal services, but she also studied acting, which started at the young age of 11. She went on to work as a  professional actress and singer on Broadway, film, and TV for many years. “I’m a storyteller, whether I’m acting or singing”.

The Music Train Band is made up by some of the best Italian Soul/Blues musicians of great international collaborations like: Sugar Blue, Fiona Boyes, Bob Stroger, Dona Oxford and many others.