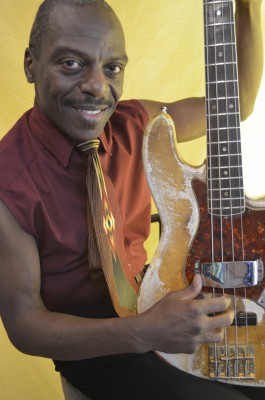 In 1990 he relocated to Vancouver, British Columbia (Canada), joining the Powder Blues Band and recoding with Long John Baldry (It still Ain’t Easy) and Kenny “Blues Boss” Wayne on his Juno award winning CD and continues to record and perform with Kenny Wayne to date.

The birth of the Russell Jackson Band came in 1992 where he released three CD’s of his own material. From 1994-1997 he was a regular opening act for the Kansas City Blues Society at the infamous Grand Emporium for acts such as Son Seals, Five Blind Boys of Alabama, The Holmes Brothers, etc. From 2003 to present, Russell is the Musical Director for The New Generations of the Blues European tours formerly named The Chicago Blues Festival.